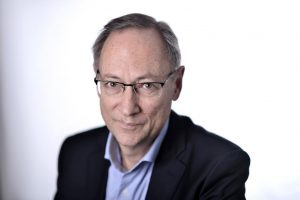 Jean-Marc served as senior Director and then V.P. European operations at Idenix Pharmaceuticals, based in Montpellier, where he initiated and developed Idenix activities from 2000 to 2010. Before that he was Scientific Attaché at the French Embassy in Washington DC. He started his career in clinical research (infectious disease and lung disease) in Abbott Diagnostics (HIV and HCV diagnostic kits: 1989-1990), Hoechst Marion Roussel (immunostimulant and anti asthmatic drug candidates: 1990-1994)  and from 1994 to 1999 in Pierre-Fabre as Therapeutic Division Director (anti asthmatic and antibiotic drug candidates, antiviral vaccine candidate). Jean-Marc graduated from Paris Medical school (M.D. 1986),  Institut Pasteur Paris (virology, immunology, 1988 &1989) and EMLyon business school (AMP 2010). 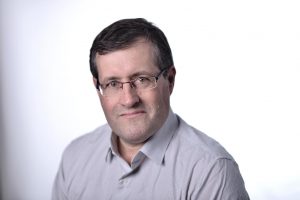 Jean-Christophe was previously a Senior Scientist at Idenix Pharmaceuticals in the discovery team based in Montpellier – Fr. He has over 10 years experience in medicinal chemistry in Idenix (2001-2010) and Pierre Fabre (2001). From 2001 to 2010, Jean-Christophe’s experience includes work on several nucleoside,  pronucleotide,  macrocyclic and heterocyclic drug candidates that were developed toward INDs in the field of antiviral drugs. He is coauthor of 7 patents. Earlier in his career he worked on peptide chemistry and combinatorial libraries. Jean-Christophe holds a Ph.D. (1998) in organic chemistry from Sherbrooke University – Canada (Prof Normand Voyer’s team) and did his post doc (1998-2000) in Cambridge – UK (Prof Jeremy Sanders’ team).